According to AbbreviationFinder, RNA stands for Ribonucleic Acid.

Messenger RNA (mRNA) is the type of RNA that carries information from DNA to ribosomes, the site of protein synthesis. The nucleotide sequence of the mRNA determines the amino acid sequence of the protein. Therefore, the mRNA is called coding RNA.

However, many RNAs do not code for proteins, and are called noncoding RNAs; they originate from their own genes (RNA genes), or they are the introns rejected during the splicing process. Non-coding RNAs are transfer RNA (tRNA) and ribosomal RNA (rRNA), which are fundamental elements in the translation process, and various types of regulatory RNAs.

Certain non-coding RNAs, called ribozymes, are capable of catalyzing chemical reactions such as cutting and joining other RNA molecules, or forming peptide bonds between amino acids on the ribosome during protein synthesis.

In both cases, specific proteins are associated on the framework constituted by the rRNAs. RRNA is very abundant and represents 80% of the RNA found in the cytoplasm of eukaryotic cells. Ribosomal RNAs are the catalytic component of ribosomes; They are responsible for creating peptide bonds between the amino acids of the polypeptide in formation during protein synthesis; thus they act as ribozymes.

Many types of RNA regulate gene expression because they are complementary to specific regions of mRNA or genes in DNA.

– Micro RNA. Micro RNAs (miRNAs or miRNAs) are short chains of 21 or 22 nucleotides found in eukaryotic cells that are generated from specific precursors encoded in the genome.

When transcribed, they fold into intramolecular hairpins and then bind to enzymes forming an effector complex that can block the translation of the mRNA or accelerate its degradation starting with the enzymatic removal of the poly A tail:

– Small interfering RNA. Small interfering RNAs (siRNAs or siRNAs), consisting of 20-25 nucleotides, are often produced by viral RNA cleavage, but can also be endogenous in origin. After transcription, it is assembled into a protein complex called RISC (RNA-induced silencing complex) that identifies the complementary mRNA that is cut into two halves that are degraded by the cellular machinery, thus blocking the expression of the gene.

The RNAs associated with Piwi are chains of 29-30 nucleotides, typical of animals; they are generated from long single-stranded precursors, in a process that is independent of Drosha and Dicer. These small RNAs associate with a subfamily of “Argonaut” proteins called the Piwi proteins. Germ line cells are active; they are believed to be a defensive system against transposons and to play a role in gametogenesis.

Most inhibit genes, but a few activate transcription. Antisense RNA pairs with its complementary mRNA to form a double-stranded molecule that cannot be translated and is enzymatically degraded. Introduction of a transgene encoding an antisense mRNA is a technique used to block the expression of a gene of interest. A radioactively labeled antisense mRNA can be used to display the level of gene transcription in various cell types. Some antisense structural types are experimental, as they are used as antisense therapy. 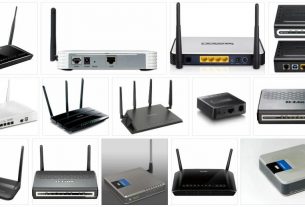 What is the Definition of ADSL? 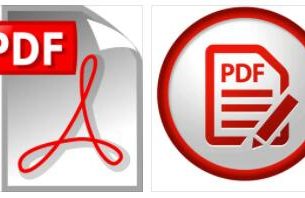