Radiculopathy is damage or irritation of the nerve roots. This leads to pain, sensory disturbances or paralysis.

Radiculopathy is also known as radiculitis, root syndrome or root neuritis. What is meant by this is damage to the nerve root, which can take both an acute and a chronic course. It is accompanied by pain, sensory disturbances and signs of paralysis. See AbbreviationFinder for abbreviations related to Radiculopathy.

If the impairment affects several nerve roots, it is a polyradiculopathy. Nerve roots are nerve fibers that radiate into or emerge from the spinal cord. They then unite to form a spiral nerve.

If these nerve roots are affected, doctors speak of radiculopathy. Middle-aged and older people are particularly affected by root syndrome.

There are many possible causes of radiculopathy. In most cases, pathological changes in the spine are responsible for the condition. Most radiculopathies are found in the lumbar or sacral region.

Sometimes it can even lead to bruising. Another cause of radiculopathy are osteopathies, which are inflammatory changes in the bones. In rare cases, damage to the nerve roots is caused by a bone tumor.

However, the musculoskeletal system is not always involved in the development of radiculopathy. Thus, nerve root function can also be caused by impairments of the nervous system. Another conceivable trigger of root syndrome is herpes zoster, a disease caused by viruses.

The virus responsible first appears in the form of chickenpox. After surviving the infection, it remains within the glial cells in the body. From there, it can cause illness for the rest of life. Another infectious disease responsible for radiculopathy is Lyme disease. The disease is triggered by the tick-borne bacterium Borrelia burgdorferi.

Radicular pain is a characteristic main symptom of radiculopathy. This means that the complaints come from the nerve roots in the spine. Depending on the course of the damaged nerve, the pain radiates into the segment.

In the outer segment area, the pain is often felt more intensely than at its origin. Sometimes the radicular pain reaches such an intensity that the patient’s quality of life suffers considerably. In some people, this even triggers depression.

Another complaint is abnormal sensations in the affected nerve root region. Sensitivity disorders or motor impairments are also within the realm of possibility. Occasionally, certain reflexes can also fail. If the radiculopathy affects several nerve roots that supply the auxiliary respiratory muscles or the diaphragm, there is a risk of life-threatening respiratory failure.

Diagnosing radiculopathy is not always easy because the symptoms are non-specific and can indicate other diseases. The attending doctor therefore first deals with the medical history of his patient and asks about possible previous illnesses and other complaints.

Information can usually be obtained by imaging methods. These include x-rays to detect bone changes, myelography, which involves injecting a contrast agent, and computed tomography (CT) or magnetic resonance imaging (MRI), which takes pictures of the spinal cord region.

In most cases, radiculopathy takes a positive course. However, if medical treatment begins too late, there is often a risk of complications. The same applies to chronic pre-existing conditions that take a degenerative course. Possible consequences can be damage to the spine, the nervous system or the spinal cord. Sometimes there is even an inability to work.

The pain typical of radiculopathy can develop into a chronic condition as the disease progresses. As a result, the quality of life of those affected suffers considerably and depression occasionally occurs. Furthermore, abnormal sensations occur in the affected nerve roots, which, if treatment is not given or is treated too late, can lead to complete paralysis of the affected area.

Occasionally, certain reflexes can fail – accidents or falls are a possible result. If the nerve roots of the auxiliary respiratory muscles or the diaphragm are affected, life-threatening respiratory failure can occur. If treatment is started too late, the radiculopathy may have already caused severe damage to the nerve roots.

Drug therapy as well as radiotherapy and chemotherapy can cause serious symptoms and long-term damage to the body. Bleeding, wound healing disorders, infections and other typical complications are possible as a result of an operation.

Radiculopathy should always be treated by a doctor. This disease cannot be treated by self-help, nor does it heal itself. The sooner the doctor is consulted for radiculopathy, the higher the chances of a complete cure. A doctor should usually be consulted if the person concerned suffers from severe pain radiating from the damaged nerve. The pain can also occur in the form of rest pain and have a negative effect on the patient’s sleep.

Likewise, many patients suffer from severe movement restrictions and also from sensory disturbances, which have a negative effect on their quality of life. In some cases, radiculopathy can also lead to depression or other mental disorders that should be treated by a psychologist. The radiculopathy itself is treated by a specialist. Complete healing cannot be universally predicted. However, the life expectancy of the patient remains unchanged.

The treatment of radiculopathy depends on the responsible cause. If there is a disc prolapse, conservative treatment in the form of pain therapy and physiotherapy exercises is usually carried out. In the acute phase of the disease, the pain is treated with non-steroidal anti-inflammatory drugs (NSAIDs).

If the pain is intense, a combination of opioids and neuroleptics can also be used. If the patient suffers from osteoporosis (bone loss), an infection, incontinence or urinary retention, a surgical intervention is considered sensible. Minimally invasive nucleoplasty is recommended as the first-line therapy.

If a bone tumor is the cause of the radiculopathy, it can also be surgically removed under certain circumstances. If the tumor is extensive, radiation therapy or chemotherapy must be given to shrink it before surgery. After the procedure, the treatment is often continued with further radiation or the administration of cytostatics.

If the radiculopathy is caused by the herpes zoster virus, the patient receives antiviral agents such as valaciclovir, aciclovir or brivudine. Chronic Lyme disease, on the other hand, is considered difficult to treat. Early antibiotic therapy is recommended to prevent radiculopathy.

In some cases, radiculopathy can be prevented. In order to counteract a herniated disc, attention should be paid to stable and strong back muscles. Sufficient exercise and reducing excess weight are also important.

Radiculopathy is a neurological condition in which certain nerve roots are damaged or damaged. The patient feels pain in the affected area, signs of paralysis or numbness also appear. In some cases, the respective area can no longer be moved. In severe cases, the nerve damage spreads to the lung muscles, resulting in shortness of breath and danger to life.

Follow-up care is necessary to avert such a course. The aim is to avoid a life-threatening clinical picture. In addition, the pain is said to be relieved, motor skills restored and the patient healed after the therapy. Various underlying diseases can be considered as the cause. The doctor makes the diagnosis and first treats the disease that caused it.

During aftercare, he monitors the progress of healing, and the patient is given painkillers to relieve the symptoms. If chronic radiculopathy is present, follow-up care is scheduled for a longer period of time. The patient’s condition is determined at regular doctor’s appointments. If necessary, the specialist doctor will prescribe additional medication.

Radiculopathy leads to inability to work in many patients. Simultaneous psychotherapy is advisable if the person concerned develops depression. Surgery may be required as the last treatment option. Follow-up care begins after the procedure on the surgical ward and is continued by the general practitioner.

Radiculopathy is associated with pain and poor posture. In order to alleviate these symptoms, the back muscles should be trained consistently. This can be done under the guidance of a physiotherapist or a trained sports physician. An independent workout is also possible and gives the back the necessary stability.

Sick people should take care of their backs in everyday life and not lift heavy loads. These measures prevent the symptoms from worsening and the associated recurrence of the radiculopathy. Natural painkillers can also be used symptomatically. Preparations with aloe vera or devil’s claw, which on the one hand reduce the pain and on the other hand inhibit inflammatory processes in the body, have proven themselves.

In the case of severe radiculopathy, an operation must be performed, which can be supported by the patient through rest and dietary measures. The responsible doctor will explain which steps make sense in detail. Finally, the trigger of the radiculopathy must be found and eliminated. After severe nerve root damage, many sufferers change jobs or hobbies in order to relieve the strain on their backs. Purchasing a back-friendly bed and/or office chair can support the therapy. 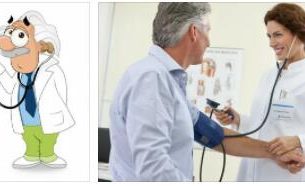