Labyrinthitis is an infection in the inner ear. The labyrinth of the ear becomes inflamed.

Typical symptoms of labyrinthitis include vomiting and vertigo. If only the labyrinth of the ear is affected, spontaneous nystagmus occurs on the affected side of the body. See AbbreviationFinder for abbreviations related to Labyrinthitis.

Labyrinthitis is one of the inner ear diseases. In medicine, it is also known as otitis interna. The organ of balance and the cochlea are affected by the infection. It either originates directly in the inner ear or is caused by an inflammation outside the ear.

Labyrinthitis can affect people of all ages. In most cases, the infection occurs in babies and young children. Adults, on the other hand, suffer less from the disease.

The causes of labyrinthitis are manifold and depend on the respective form:

Tympanogenic labyrinthitis is also called serous labyrinthitis. It is caused by a middle ear infection that spreads to neighboring structures. During this process, toxic substances (toxins) reach the inner ear via the oval or round window of the middle ear. In this way, inflammation develops in the structures of the inner ear.

Lues labyrinthitis is referred to when labyrinthitis occurs in the second or third stage of lues disease. The inflammation is often accompanied by luetic pleurisy (pleuritis) or meningitis (meningitis). Meningogenic labyrinthitis is caused by bacteria such as meningococci or pneumococci.

These cause meningitis, which in turn leads to labyrinthitis. The pathogens can penetrate towards the inner ear via the Aqueductus chochlae. Meningogenic labyrinthitis is characterized by labyrinth failure. Like bacteria, viruses can also cause labyrinthitis. The inflammation is preceded by diseases such as measles, mumps or zoster oticus.

In rare cases, autoimmune diseases such as Morbus Wegener are also responsible for labyrinthitis. There are also some risk factors that promote the development of labyrinthitis in adults. These include excessive consumption of alcohol and cigarettes, the use of certain drugs such as aspirin, extreme stress or chronic fatigue. Another risk factor is exposure to allergies.

Typical symptoms of labyrinthitis include vomiting and vertigo. If only the labyrinth of the ear is affected, spontaneous nystagmus occurs on the affected side of the body. Failure of the labyrinth results in nystagmus on the opposite side. In addition, the hearing ability of the patient suffers from the disease.

A possible complication is purulent labyrinthitis. Complaints such as vomiting and dizziness are even more intense. Numbness can also occur. In the worst case, the labyrinthitis spreads further down the internal auditory canal. Another conceivable complication is labyrinth ostitis, which carries the risk of meningitis. Other symptoms of labyrinthitis can include tinnitus, loss of balance, and trouble focusing the eyes.

A physical examination, which is usually combined with an ear examination, is used to diagnose labyrinthitis. Sensorineural hearing loss is often evident when an audiogram is created. If it is purulent labyrinthitis, it is important to recognize bony involvement.

For this purpose, computed tomography (CT) or magnetic resonance imaging (MRI) is performed. If the doctor performs an otoscopy, an effusion can usually be detected. If meningitis is suspected, a cerebrospinal fluid puncture is performed, during which the doctor removes nerve fluid.

In most patients, the symptoms of labyrinthitis go away on their own after one to three weeks. It can sometimes take a few months to fully recover. During the recovery period, it is possible to gradually resume everyday activities. Only rarely does labyrinthitis progress into a chronic form. Usually she only shows up once in a lifetime.

Labyrinthitis primarily causes severe and, above all, unpleasant discomfort in the patient’s ears. In most cases, this leads to hearing loss. The entire ability to hear is thereby reduced, which can lead to severe psychological problems or depression, especially in children and young people.

The development of children is also significantly restricted by labyrinthitis. In the worst case, the affected person suffers from complete deafness. Furthermore, the disease leads to fever and vomiting and thus extremely reduces the quality of life. Patients may also suffer from tinnitus or other noises in their ears.

It is not uncommon for sleep problems or disturbances in concentration and coordination to occur. In most cases, the symptoms of labyrinthitis are only temporary and disappear again after a few weeks or a few months. Special complications usually do not arise. The treatment of labyrinthitis is carried out with the help of medication and is usually successful. The life expectancy of the patient is not reduced or limited by the labyrinthitis.

People who suffer from labyrinthitis should consult their family doctor at an early stage. Parents who notice signs of the disease in their child should consult the pediatrician immediately. If symptoms such as hearing problems, pain or balance disorders occur, medical advice is required in any case. The doctor can rule out or diagnose the inner ear disease and then initiate therapeutic measures immediately.

People who have suffered an inflammation of the inner ear or pleurisy are among the risk patients. If you experience any of the above symptoms, you should see your family doctor or a competent ENT doctor as soon as possible. Other contacts are the internist or ear doctor. If complications arise, the patient must be taken to the doctor’s office immediately. Hearing loss must be clarified, as must persistent sleep disorders or psychological side effects. The same applies to fever and vomiting if the symptoms lead to health problems. If there are signs of a circulatory collapse, the emergency doctor must be called or the person concerned must be taken to a specialist clinic as soon as possible.

The therapy of labyrinthitis depends on the triggering cause. If, for example, bacteria are responsible for the infection, treatment with antibiotics is carried out. If, on the other hand, viruses cause the disease, they can be combated with antivirals such as aciclovir . Corticoids such as prednisone and rheological drugs to promote blood circulation are also considered helpful.

If the patient suffers from labyrinthitis, for which an autoimmune disease is responsible, he is given immunosuppressants. Medicines are also prescribed to counteract nausea and dizziness. This includes Antivert. If the vertigo persists for a longer period of time, physiotherapeutic or ergotherapeutic exercises are considered useful, which serve to improve the sense of balance.

If the labyrinthitis is accompanied by bone melting, a surgical intervention such as a mastoidectomy takes place. If the necrosis is advanced, a labyrinthectomy can also be performed.

In most patients, the prognosis of labyrinthitis is favorable. There is a chance of a spontaneous recovery from this health disorder. If the causes of the disease are clarified and there is a rapid reduction in the triggering elements, an improvement in the situation can often be documented within 2-3 weeks. It is important to work closely with a doctor, as various medical tests can be used to diagnose the problem as quickly as possible, thereby revealing the cause.

Nevertheless, even if the course of the disease is optimal, it takes several months before the symptoms are finally free. In addition, the triggering stimuli for the disturbance of the functional activity of the ear must be completely avoided in the long term. If stress triggers or emotional stress are responsible for the disease, a change in lifestyle and cognitive processing are particularly important for a good prognosis. Otherwise, there is a risk of the symptoms returning in the course of life.

In the case of an autoimmune disease, the person affected requires long-term drug therapy. Without cooperation with a doctor, no alleviation of the symptoms can be achieved. Rather, there is a risk of secondary diseases. Due to dizziness and balance disorders, the general risk of accidents is increased. This makes it much more difficult to cope with everyday life and to fulfill professional obligations.

As a preventive measure against labyrinthitis, it is recommended that the ear should be decongested and ventilated in the case of flu infections and inflammation of the middle ear. If a child often suffers from middle ear infections, it is essential to visit an ENT doctor to ensure that there are no congenital ventilation disorders. Vaccination for young children is also important.

In most cases, those affected by labyrinthitis only have a few measures and options for direct aftercare. First and foremost, with this disease, the infection in the ear must be treated properly so that no further complications or other symptoms can occur. The sooner a doctor is contacted, the better the further course of the disease.

Ideally, those affected should consult a doctor as soon as the first symptoms and signs of the disease appear in order to prevent the symptoms from getting worse. In most cases, taking various medications is necessary to relieve the infection. It is always important to ensure that the dosage is correct and that the medication is taken regularly.

If anything is unclear or if there are side effects, you should always contact a doctor first. In most cases, labyrinthitis can be relieved relatively well, so that no other complications arise from this disease. The ear should be particularly well protected during the treatment.

Labyrinthitis requires medical treatment in any case. Which measures the person concerned can take to relieve the symptoms depends on the respective symptoms and the medical therapy.

Rest and bed rest help against nausea, vomiting and vertigo. If hearing is severely impaired, a hearing aid can be worn for a short time. However, this is usually not possible due to the inflammation and the person concerned should instead take sick leave for a few days. Accompanying the medical treatment, the patient may also use homeopathic remedies. This should be done in consultation with the responsible doctor. The doctor can then refer the patient to an appropriate specialist. If symptoms of meningitis appear, this requires immediate medical clarification. It is then best to refrain from self-help measures.

In order to avoid spreading the infection, regular check-ups by the doctor are indicated. It can sometimes take a few weeks to months to fully recover. Everyday activities should only be resumed after the acute phase of the illness. Physical activity can support the healing process, but should be done with earmuffs or similar aids. 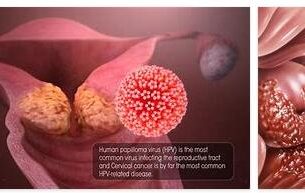 What is the Definition of Business Letter?