HTML is the foundation of the World Wide Web

HTML is a language used to structure text, images and hyperlinks in documents for the World Wide Web. With the help of HTML it can be described in which way the browser should display the font, format the text and display images and graphics. However, HTML contains further information, the so-called meta information. They provide information about the author, the language used and the content of the HTML document.

Tim Berners-Lee, British physicist and computer scientist, is the father of the Internet. He not only developed HTML, but also the http transfer protocol, the URL and the first browser. When Berners-Lee worked at the European Organization for Nuclear Research (CERN), he was faced with the problem that some of the laboratories were in France, the other part in Switzerland and that the network infrastructure in both countries was different, which led to the exchange of information difficult.

That is why Berners-Lee developed HMTL in the late 1980s to simplify the cross-border exchange of information. At that time, it was not foreseeable that he would herald the birth of the Internet with the development of HTML, as it is used by millions of people around the world every day.

Since HTML is a markup language, it is not programmed, but just written. The HTML elements can be used to assign a meaning to the individual text areas. So HTML does not provide any information about the presentation of the website – that depends on the browser and the output environment – rather HTML elements ensure a structured labeling. As a rule, the individual HTML elements are structured using control symbols (tags). The start tag begins with “<” and ends with “>”. An end tag begins with “<” and is closed with “/>”.

Reading and displaying of HTML

In technical jargon, the reading in of the HTML source text and the processing of the information are referred to as “parsing”, the preparation for the output medium as “rendering”. The HMTL text tells the browser or text editor how to understand the markup of the text.

Example: This is what the previous paragraph looks like in HTML

<p> In technical jargon, the reading in of the HTML source text and the processing of the information are referred to as “parsing”, the preparation for the output medium as “rendering”. The HMTL text tells the browser or text editor how to understand the markup of the text. </p>

The term Top-Level-Domain (TLD) describes the ending of a domain (.de, .com, .info etc.) and the associated identification. These are divided into generic (gTLD) and domains with country code (ccTLD).

The gTLD are divided into two subgroups. The term “unsponsored” (unsponsored top-level-domain: uTLD) includes all labels associated with certain corporate groups or providers. This includes the ending “.com”, which was derived from the classification “commercial” and was originally only made available to companies. Other examples are “.net” (network, network administration), “.info” (information, information provider) or “.org” (organization, non-Prfit organizations).

On the other hand, there are “sponsored” (sponsored top-level domains: sTLD) identifiers that are assigned specifically to individual institutions or companies. For example, organs of the American government have the TDL “.gov” (government), Asian companies “.asia”, multinational companies “.int” (international) or employment agencies “.jobs”.

Both subgroups include a variety of other endings. There are also “new gTDL”, which denote special identifiers such as “.berlin”, “.blog” or “.shop”.

The most popular domain endings are hidden behind this term. Because when searching for and reserving a domain, companies, organizations and private individuals mainly rely on the origin. In most countries around the world, TLDs have been established that precisely indicate this. The particularity of these identifications is primarily that they consist of only two characters and follow the standardized coding of geographical units (ISO 3166).

“.De” stands for a German TDL, “.at” for Austria, “.ch” for Switzerland and “.pl” for Poland. Of course there are many more of these endings, corresponding to the states and regions worldwide, over 200 country-specific TLDs. 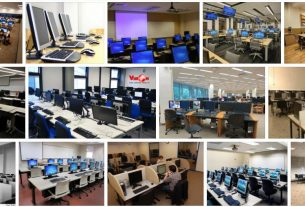 What is the Definition of Computer Center? 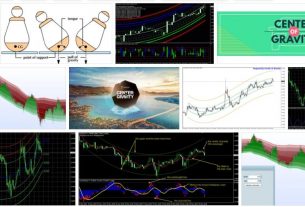