CPU stands for Central Process Unit. It is the main item of computer hardware, which is also known as a processor. The CPU is responsible for calculating and performing tasks determined by the user and is considered the brain of the PC.

Many make mistakes by confusing the CPU with what is actually the case of the equipment. The cabinet is just the support and protection structure for the machine’s internal components – basically a housing. The processor, on the other hand, is one of the internal parts.

The characteristics of the CPU directly influence the speed with which your programs will run on the machine. There are several types of processors on the market: 32- and 64-bit, with single or multiple cores, and compatible with different motherboards. The main manufacturers are Intel and AMD. The CPU is connected to the motherboard through a socket, a device that allows the processor to receive power to control the activities of the computer. There are also several types of sockets on the market and your choice limits the list of CPUs compatible with the machine.

Although there are 32-bit and 64-bit processors, 32-bit versions are practically no longer sold, as 64-bit models allow the processor to work with more data at a time, in addition to support more RAM. For comparison, while 32-bit processors do not recognize memories larger than 4 GB, 64-bit processors support up to 168 GB. It is important to note that even if the CPU is 64-bit, your Windows can be 32-bit, and this also limits the data worked by the machine.

Single core CPUs, with only one core, are the oldest, and can operate only one task at a time. As they did not allow the good performance of more than one task (with each new operation started, the computer was slower), soon the dual-core CPUs appeared, which doubled the performance of the processors and allowed to work with multitasking activities much more efficiently. .

Quad-core processors are even more efficient because they have four cores, allowing the machine to operate even more functions without losing performance and handle heavier programs with greater speed. However, it is worth remembering that not all programs are able to use all the cores of the PC. Most of them are optimized to use two or even four cores. So processors with more than four cores are still useful for a few people. In general, only a few image and video editors are capable of using more than four cores.

In addition to the number of cores, the processor speed, measured in megahertz or gigahertz, also makes a difference in the speed with which the programs are run. The speed describes the maximum number of calculations per second that the processor can perform. The higher the number, the faster and more powerful the processor.

What is the Definition of Radiculopathy? 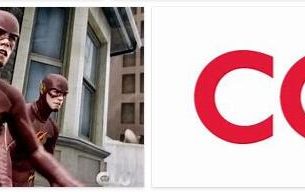