Increased yellowish, purulent, foul-smelling discharge from the vagina can be a sign of a cervical infection, which is often caused by bacteria or viruses. If the disease remains untreated, the infection threatens to spread to the uterus, fallopian tubes and ovaries. This can result in sticking of the fallopian tubes, ectopic pregnancies or infertility.

What is a cervical infection?

Cervicitis is an infection of the mucous membranes and the deeper tissue layers of the cervix.

The cervix normally has defense mechanisms that prevent the germs from rising out of the vaginal area: the tough, slightly alkaline secretion that flows off towards the vagina neutralizes the pathogens. In addition, the isthmus, a short constriction that separates the cervix from the body of the uterus, acts as a physiological seal.

Various circumstances such as frequent sexual intercourse with changing partners, poor hygiene, a surgical procedure, the insertion of the coil or tissue overgrowths weaken the protective function or widen the uterine opening so that germs can easily penetrate.

Inserting the IUD can also promote infection. It can also indicate a malignant tumor. The most common cause of chronic cervical inflammation is a change in the anatomy of the cervix: In addition to polyps, cracks in the cervix or extreme protrusion of the cervical lips promote the rise of pathogens.

Acute cervical inflammation is often the result of colpitis (vaginal inflammation) or infection with sexually transmitted pathogens such as chlamydia, gonococci or herpes viruses. The acute form is often associated with more severe symptoms.

In addition to the strong-smelling, yellowish-purulent discharge and occasional abnormal bleeding, those affected often suffer from itching and pain during urination and sexual intercourse if the vagina is also infected with germs. If deeper layers of the uterus are affected by the inflammation, pain in the lower abdomen and fever can develop.

The symptoms of cervical inflammation depend on the pathogen in question. Common symptoms are increased discharge that is yellowish in color and smelly. Mostly this also has a purulent consistency. Bleeding during and after sexual intercourse is also noticeable.

If surrounding areas of the internal sex organs are also affected, in addition also can often painful and increased urination, burning and itching in the vagina, bleeding between periods, a prolonged period, and lower abdominal pain and fever occur. The intermenstrual bleeding and prolonged bleeding indicate that the cervical infection has spread to the uterine lining.

If the infection spreads to the uterine muscles, severe pelvic pain and occasional fever occur. Various bacteria, viruses, fungi or parasites can be used as pathogens. An infection with herpes viruses leads not only to inflammation but also to small blisters that stand together in groups. With HP viruses, flat, benign tissue growths develop in the transition area from the vagina to the cervix, which are also known as genital warts.

The genital warts usually recede on their own after the infection. In rare cases, however, they persist and can then be removed with dabs of trichloroacetic acid or surgically. As a complication of a cervical infection, fallopian tube inflammation can develop, which can lead to the fallopian tubes sticking together and infertility. Furthermore, there is a risk of developing cervical cancer when infected with HPV.

At the first sign of a cervical infection, a gynecologist should be consulted to prevent the infection from spreading to other parts of the female genitals.

In an initial anamnesis discussion, the doctor first inquires in detail about the complaints and the medical history of the woman. This is followed by a gynecological examination, in which the surface of the cervix and the mucous membrane are examined in detail by means of a speculum examination or colposcopy and the color, smell and nature of the vaginal discharge are assessed.

A smear, which is later analyzed microscopically in the laboratory, provides information about the type of pathogen. Further examinations such as ultrasound, X-ray contrast agent displays, serological examinations or a pregnancy test can be used to rule out other diseases.

As a rule, a cervical infection is associated with very unpleasant complaints and symptoms. Those affected primarily suffer from increased vaginal discharge. There is also pain and itching in the affected area. The pain is burning and stinging and has a very negative effect on the patient’s quality of life. It is not uncommon for this to lead to depressive moods or other psychological complaints.

Pain also occurs in the region of the abdomen and in the lower abdomen. The patients also suffer from increased bleeding, which manifests itself in the form of spotting or intermenstrual bleeding. In general, the patient’s resilience drops sharply and those affected withdraw from social life. The diagnosis and treatment of cervical inflammation is usually carried out by a gynecologist and still does not lead to particular complications.

Irregularities in the female cycle should be examined and clarified by a doctor. If there is spotting, intermenstrual bleeding or shortened or prolonged menstruation, these are warnings from the body that should be followed up. If bleeding begins after the menopause has passed, a doctor should be consulted. If there are changes in the vaginal discharge, an unpleasant odor in the genital area or a purulent discharge, a doctor should be consulted.

If you have a fever, increased tiredness, fatigue or internal weakness, medical examinations should be initiated. If there is irritation, a feeling of illness or a general malaise, it is advisable to contact a doctor.

If pain occurs that is unrelated to menstruation or ovulation, a doctor should be consulted. Drawing or burning pains are considered unusual and should be clarified. If there are complaints during the sexual act or movement sequences, investigations should be initiated to clarify the cause.

If you experience pain while urinating or defecating, you should see a doctor. Itching in the genital area is considered unusual. If it occurs and it creates open wounds, a doctor must be consulted. Otherwise pathogens get into the organism and there is a risk of blood poisoning.

The treatment of cervical inflammation depends very much on the underlying cause. An infection with gonococci (pathogen causing gonorrhea) or chlamydia can be successfully treated with antibiotics. It is important here that the partner is also treated, as this is the only way to prevent the ping-pong effect, the re-infection of the healed partner from the untreated, infected partner.

In addition, anti-inflammatory drugs are given to help the swelling and pain subside quickly. A cure for herpes infections is currently not possible. Antivirals can help alleviate the symptoms and shorten the course of the disease. However, the viruses remain in the body and can trigger a renewed infection in the event of stress.

If anatomical changes such as polyps or genital warts are responsible for the cervical inflammation, it is possible to remove it using a laser, knife or electric loop. In the case of a malignant tumor, depending on the size, part of the cervix and the mucous membrane of the cervical canal or the entire uterus including the holding devices must be surgically removed.

If a hormone deficiency caused by the menopause is the trigger for the cervical infection, female sex hormones such as estrogen or progestin can be administered over a period of about 20 days so that the mucous membrane becomes thicker again.

If diagnosed and treated in good time, a cervical infection usually heals without any further difficulties and can be treated well without any complications. If nothing is done, however, there is a risk that the pathogen will spread to other parts of the internal genital organs and lead to complications there.

If the pathogen is bacteria such as chlamydia, it can affect the fallopian tubes and ovaries, which leads to adhesions and possible infertility. A cervical infection caused by herpes viruses cannot be cured, but the symptoms will also subside. The herpes viruses, on the other hand, remain in the body and can repeatedly lead to infections under favorable conditions.

If this type of cervical infection occurs in a pregnant woman, there is a risk of contagion for the baby through natural childbirth. This case is an indication for a planned caesarean section to prevent the dangerous infection with neonatal herpes.

If genital warts have formed, these can also become problematic during childbirth. Their size is seldom the problem; the human papilloma virus that causes them can spread to the newborn and, in rare cases, lead to genital warts or benign larynx tumors. For this reason, genital warts should be removed in the event of a cervical infection to be on the safe side.

The early treatment of vaginal infections prevents the pathogens from ascending to the cervix and from there, if necessary, to the uterus or ovaries. It is important to pay attention to intimate hygiene and regular hand washing.

In the case of a cervical infection, the options for follow-up care are very limited. The person concerned is primarily dependent on the treatment of this disease in order to prevent further complications and complaints. If the cervical inflammation is not treated, in the worst case scenario, the patient can become completely sterile.

The earlier the cervical inflammation is recognized and treated, the better the further prognosis of the disease. In most cases, treatment is done with the help of antibiotics. It is important to ensure that the dosage is correct and that it is taken regularly in order to alleviate the symptoms. Interactions with other drugs may also have to be considered.

When taking antibiotics, alcohol should not be used, as this reduces the effect of the drug. Even after a successful treatment, regular examinations by a doctor are very useful in order to determine further complaints and then treat them. In some cases, hormones are also taken to treat the cervical infection completely. There are usually no special complications, and the patient’s life expectancy is usually not restricted by the cervical infection.

The medical treatment of a cervical infection can be supported by some measures and preparations from the household and nature.

First of all, however, rest and bed rest. Affected women should take sick leave for a few days and take care to alleviate the individual symptoms. Abdominal pain can be counteracted with warm compresses or a hot water bottle. Gentle sedatives such as valerian or rose root reduce the pain and have an overall soothing effect on typical complaints.

A tried and tested means are Sitz baths with essential oils and other additives. At an ideal temperature of 37 degrees, the abdomen is relaxed and the painful cramps go away. The Naturopathy offers in inflammation, the Cell salts no. 3 no. 7 in. In addition, general measures such as adequate hygiene in the genital area and the avoidance of strenuous activities apply.

In order to avoid infection of the partner, sexual intercourse should be avoided if possible or a condom should be worn. If the symptoms have not subsided after a week at the latest, despite all the measures taken, a doctor must be consulted again. Further treatment with medication may then be necessary. 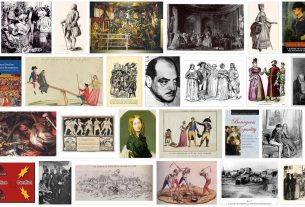 What is the Definition of Bourgeoisie? 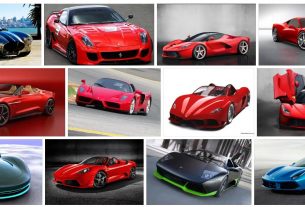