What is a cerebral hemorrhage?

In an intracerebral cerebral hemorrhage, the hemorrhage is in the brain. This usually occurs spontaneously and is not caused by a trauma (accident). Bleeding occurs in the parenchyma (brain tissue). Bleeding is classified according to cause, severity and location in the brain tissue.

Diseases can also be the cause of cerebral hemorrhage. In particular, high blood pressure (hypertension), vasculitis (inflammation of the blood vessels), aneurysm, amyloid angiopathy (disease of the blood vessels in the brain) and coagulation disorders are possible.

Certain medications can also cause cerebral hemorrhage. The drug group of anticoagulants (anticoagulants) should be mentioned here in particular. Well-known drugs of this group are heparin and phenprocoumon.

Depending on which area of ​​the brain is affected by the cerebral hemorrhage, different symptoms can occur. A cerebral hemorrhage usually manifests itself in the form of a sudden, very severe headache. These are accompanied by nausea and vomiting as well as disturbances of consciousness. Depending on the type and severity of the bleeding, the neck can become stiff, combined with neurological deficits.

In the course of the cerebral hemorrhage, there is usually an increasing feeling of dizziness, which in turn manifests itself as problems with balance and coordination and is associated with an increased risk of accidents and falls. Visual disturbances are also typical, such as seeing double vision, blurred vision or temporary loss of vision in one or both eyes. In addition, speech disorders, speech disorders and swallowing disorders can occur, always depending on which brain area is affected and how severe the cerebral hemorrhage is.

In addition, a cerebral hemorrhage can cause psychological symptoms, such as confusion, unexplained changes in behavior or changes in feelings. In the case of major bleeding, a clouding of consciousness sets in after a few minutes. In the further course, a cerebral hemorrhage causes seizures, numbness and finally a circulatory collapse. If the person concerned is not treated in intensive care by then at the latest, there is an acute danger to life. If treatment is too late, complications can occur and sometimes long-term effects can remain.

Since the time factor plays a very important role in cerebral hemorrhage and the general condition of the affected person is usually very limited, magnetic resonance imaging (MRI) is only performed once the patient has been stabilized. MRI can also be used to visualize older bleeding using a contrast medium. Furthermore, the vessels can also be made visible with this method, so that an aneurysm or other malformations can be detected.

For minor bleeding, the mortality rate is about 30 to 50%. With extensive cerebral hemorrhage and negative health factors (see above), the prognosis can be described as poor. If those affected survive the cerebral hemorrhage and any secondary bleeding that may occur, permanent damage such as paralysis, speech disorders and other mental and physical disabilities are the result.

A cerebral hemorrhage is already a serious complication of another cause. If a cerebral hemorrhage occurs, this is usually followed by severe clouding of consciousness and neurological deficits. Those affected usually experience attention, learning and memory disorders, disorientation and disturbances in the sequence of movements and actions. Depending on the severity of the cerebral hemorrhage, epileptic seizures, regulatory disorders (e.g. body temperature) and spasticity can also occur.

Visual field defects, perception disorders and swallowing disorders can also occur as a result of a cerebral hemorrhage and cause further complications. Eventually, the cardiovascular system becomes paralyzed and the patient may die or die. Depending on the type and severity of the cerebral hemorrhage, the treatment can be associated with a large number of other complications. The affected person may have to be put into an artificial coma, which is often associated with permanent consequential damage.

Long-term ventilation in a coma can also lead to pneumonia and nerve damage in the arms and legs. In addition, negative side effects such as muscle atrophy and disturbed cerebrospinal fluid circulation are possible, which can sometimes cause further nerve and brain damage. After awakening, an acute state of confusion (delirium) may remain.

The cerebral hemorrhage is a medical emergency. As soon as the patient suffers a head injury and shows noticeable symptoms such as memory gaps or vomiting, an ambulance must be called. Until the arrival of the rescue service, keep calm and apply first aid measures. If you have a headache, fainting or unconsciousness, consult a doctor. If you experience dizziness, unsteady gait or circulatory problems, there is cause for concern.

A doctor should be consulted if the symptoms appear without an apparent reason or if the overload is short-lived. In the case of amnesia, memory lapses or diffuse memory, a medical examination must be initiated as soon as possible. Behavioral problems, personality changes or speech disorders are considered warning signs that should be taken seriously. If there are coordination problems, vision disorders or sensory disorders, the person concerned needs help.

Symptoms such as pupils of different sizes or general weakness on one side of the body or rising blood pressure are particularly noticeable. If you have these symptoms, you need an urgent medical examination. Since a cerebral hemorrhage can, in the worst case, lead to the premature death of the person concerned, fast and good medical care is necessary. If the first abnormalities occur suddenly, a doctor or hospital visit should be made immediately. If an increasing feeling of pressure inside the head is noticed, hurry up and contact a doctor.

is e.g. If, for example, a coagulation disorder is the cause, blood products are administered to normalize blood clotting. Fresh plasma concentrates in particular are used here.

If high blood pressure is the cause, various medications are used to lower blood pressure. In the case of extensive bleeding, it may also be necessary here for the bruise to be removed by means of an operation. In the case of a subarachnoid hemorrhage, there is a risk of so-called hydrocephalus (cerebral congestion), which must also be treated by means of a neurosurgical intervention.

Long-term treatment begins when the person concerned has survived the critical phase. This treatment includes a mostly lengthy, neurological rehabilitation. Various measures are used to try to eliminate the neurological and physical dysfunctions. Depending on how severe the cerebral hemorrhage was and how quickly the treatment was given, it may take several years before the person concerned can look after themselves again. In many cases, however, residual symptoms remain after a cerebral hemorrhage.

For the prognosis of the patient, it is also important how his general condition is and whether there are any relevant previous or concomitant diseases. The cerebral hemorrhage often puts the patient in a critical condition, which can be overcome all the better the better the general condition is. An increased tendency to bleed or patients who are dependent on Marcumar or other medication to thin the blood are factors that, in turn, can significantly worsen the prognosis of cerebral hemorrhage.

A cerebral hemorrhage can be prevented by taking the following measures. In order to avoid cerebral hemorrhages as a result of trauma, the generally known measures for accident prevention in the areas of work, sport, everyday life and traffic should always be followed.

If high blood pressure, diabetes or other diseases are present, they should be treated with medication and monitored by a doctor. A healthy and balanced diet, sufficient exercise and attending general check-ups are good measures to prevent cerebral hemorrhage.

Patients who have survived a cerebral hemorrhage require follow-up care. Their intensity depends on the extent, age and state of consciousness of the person concerned. It is not uncommon for lengthy therapy to be necessary to correct functional disorders. Neurological and physical processes often have to be relearned. Doctors prescribe prescriptions and document the progress of the treatment.

The experience of the patients plays a major role in the therapeutic approaches. Imaging methods such as CT and MRT are also used. Not all patients make a full recovery. Older people in particular have a low regeneration potential. Aftercare then aims to keep complications as low as possible or to identify alternatives.

What remains are disturbances in concentration and motor skills. Changes in character are also sometimes to be found. If possible, medication can bring about an improvement. The doctor treating you regularly adjusts the dose. Bleeding in the brain can happen again and again. It is therefore important to rule out causes.

Elevated blood pressure is considered a risk factor. Many doctors therefore prescribe medication to lower blood pressure. But the patient himself is also responsible for preventive measures. Moderate alcohol consumption, avoiding nicotine, daily exercise and a balanced diet reduce the risk of disease.

A sudden cerebral hemorrhage is an acute emergency. In the case of certain symptoms such as hemiplegia, speech disorders, dizziness, the person concerned must be treated professionally as quickly as possible. These warning signs must be taken seriously and the emergency number 112 must be dialed immediately.

A regular health check is urgently recommended if you have a family history such as a stroke, heart attack, high blood pressure, impaired blood clotting and other metabolic diseases. Excessive consumption of alcohol and regular smoking of tobacco are harmful to health. It has been proven that the risk is two to three times higher. If possible, those affected should avoid excessive alcohol consumption and stop smoking.

Preventive measures should not only be started in old age. If you pay attention to your lifestyle early on, you can prevent a stroke. A balanced, vitamin-rich, low-fat, high-fiber diet (fresh fruit and vegetables) and exercise support, among other things, weight loss (just a few pounds less body weight can prevent many health problems). Relaxation exercises such as yoga or autogenic training make a significant contribution to maintaining health. 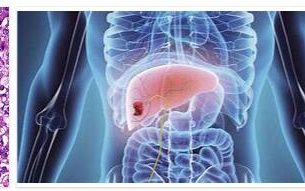