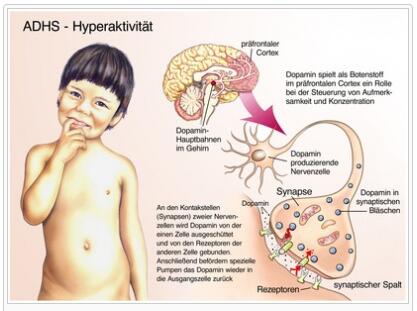 Strong attention deficit disorders are referred to as ADHD or ADD . These terms are concretely understood as the so-called attention deficit disorder or attention deficit hyperactivity disorder. As a rule, boys in particular suffer from this disease. The exact causes are not yet known. One assumes, however, that the signal transmission in the brain is disturbed, which was triggered by overstimulation. Hereditary causes and the way of life of the parents can also play a role.

ADHD or ADS is the abbreviation for the so-called attention deficit disorder, which is also known in technical jargon as hyperactivity disorder or hyperkinetic disorder.

ADHD or ADS is the abbreviation for the so-called attention deficit disorder, which is also known in technical jargon as hyperactivity disorder or hyperkinetic disorder. ADHD is often diagnosed, especially in children. As a mental disorder, symptoms of attention deficits and greatly increased impulsiveness appear.

Mostly boys are affected by ADHD. But there are also girls who show signs of ADHD. The severity of the symptoms in this regard differs from individual to individual. It is assumed that around three to ten percent of children have ADHD. In the past, ADHD was also known as Minimal Cerebral Dysfunction or Psycho-Organic Syndrome.

According to the latest scientific knowledge, various factors are decisive for the manifestation of ADHD. In this context one speaks of a multifactorial disorder. The tendency to develop ADHD in childhood is, among other things, hereditary.

In addition to a hereditary condition, environmental conditions and psychosocial factors can also play a role in the development of ADHD. In plain language, this means that the environment in which the child grows also has an impact on whether the genetic disposition to ADHD is actually expressed and how strong this expression is. The fact that ADHD is diagnosed much more often today than in the past may also be due to the changed living conditions.

This is due, among other things, to the overstimulation caused by the oversupply of media stimuli, for example from the Internet, computer games and television. It used to be believed that early childhood trauma, neglect, and poor upbringing were the main causes of ADHD. But that is only partially true.

ADHD is characterized by the three main symptoms of attention disorder , hyperactivity, and impulsivity. It already occurs in children under the age of seven. The symptoms can be mild, moderate, or severe. They exist for at least six months, but often persist well into adulthood.

The attention disorders are expressed by the following symptoms, among others. The child often makes careless mistakes, cannot pay attention to details, cannot concentrate on tasks, does not listen to what is spoken, cannot follow instructions, is untidy, unpunctual, often avoids mental strain, is forgetful, is easily distracted and often loses Objects. The impulsiveness and hyperactivity become noticeable through constant restlessness, walking around, fumbling around, a lot of talking and impatience.

In addition, the child cannot sit still, acts as if driven and constantly disturbs other children or adults. Due to the attention deficit disorder, school performance is often poor. However, the hyperactivity and impulsivity can also lead to creative thoughts and actions. Furthermore, those affected are often helpful and enthusiastic, which can also promote positive development opportunities.

In addition to the main symptoms, there may be other symptoms that do not occur in all children. For example, patients with ADHD are more likely to develop behavioral disorders, partial performance disorders such as poor reading and spelling , anxiety disorders , depression, obsessive-compulsive disorder and sleep disorders .

Recognizing the course of ADHD as such is relatively difficult. Because even trained educators do not find it easy to distinguish a pathologically hyperactive child from a bright one. It is completely normal for a child of preschool age to have an increased need for exercise.

The boundaries between what is still normal and what is abnormal cannot therefore always be clearly defined. Around a third of boys of preschool age show at least some of the signs of ADHD. Impulse control and self-regulation are impaired in people with ADHD. As a result, there are more conflicts with teachers, classmates and parents. ADHD sufferers are unable to reset their needs and motivate themselves. The ability to concentrate is sometimes severely impaired.

ADHD (attention deficit hyperactivity disorder) is more commonly diagnosed in children, which can have many psychological consequences throughout their lives. At a young age, affected people have great difficulty focusing on one thing. Children prefer to play around with other things. In addition, a language development disorder is often observed.

Children cannot articulate properly with other children and adults. Due to the high demands on calmness and concentration in school and kindergarten, the children are usually overwhelmed and the performance decreases as a result. In addition, those affected have a disorder of fine motor skills, which means that the children have illegible writing.

The affected children and adolescents are usually also characterized by more aggressive behavior, which creates problems in establishing social contacts. As a result, they become socially isolated and this can later lead to psychological consequences. Depression is not uncommon here. Those affected show a more risky life and often resort to alcohol or harder drugs.

An addiction develops, which affects not only the quality of life, but also work and family life. In addition, everyday life is totally unplanned and not structured. In the worst cases, depression leads to thoughts of suicide. Other people as well as the partner are affected, since the partner is often prone to physical violence in fits of rage.

If ADHD is suspected, it makes sense not only to see a pediatrician , but also to see a specialist. Possible contacts are also psychotherapists or psychologists – especially those who specialize in ADHD. In addition, some counseling centers and outpatient clinics offer competent diagnostics and treatment for ADHD.

The symptoms of ADHD can also be associated with other psychological and social problems. If the symptoms are a reaction to stress or a clear burden (e.g. a bereavement), a medical or psychological evaluation is usually not necessary immediately. The situation is different if the symptoms last longer or lead to severe restrictions at home and (especially in children) at school.

Adults can also turn to a doctor, psychologist or psychotherapist if they suffer from the psychological complaints that are typical of ADHD. However, symptoms are often less pronounced in adults. If ADHD is not diagnosed until adulthood, symptoms have usually been around for years, often since early childhood. Treatment with medication and psychotherapeutic methods is possible at any age and can lead to a significant improvement in quality of life.

ADHD is usually diagnosed using special tests. These include a concentration and an intelligence test. After ADHD has been diagnosed, the aim of treatment is to eliminate the accompanying disorders and develop social skills. Different treatment steps are carried out at the same time. Psychotherapy is often combined with special coaching and the administration of pharmaceutical preparations.

The type of treatment chosen depends on the severity of the ADHD. The therapy is mostly carried out on an outpatient basis. If the symptoms are particularly severe, treatment can also take place in a day clinic, in a home or in a group. Older children as well as adolescents and adults can also alleviate ADHD with the help of autogenic training .

Medication may also be given for moderate to severe cases. These are often stimulants to influence the brain’s dopamine metabolism, which ultimately can improve self-regulation.

An attention disorder can develop in very different ways. If the deficit is recognized early and treated therapeutically and with medication, the symptoms usually decrease and those affected can lead a relatively normal life. Professional support therefore significantly improves the chances of a complete cure.

If the attention disorder is not or insufficiently treated, it can lead to problems in everyday life. Children with ADHD in particular find it difficult to find their way around social circles. Those affected often develop further mental disorders, learning disorders or tics. As the disease progresses, anxiety disorders and depression can occur and the general prognosis can worsen.

In general, however, the prognosis for ADHD is good. Provided that the therapy is appropriate, the symptoms can be gradually reduced and eventually disappear completely in the course of life. Typical symptoms such as concentration disorders and hyperactivity usually decrease automatically with increasing age. Nevertheless, an attention disorder must always be treated with medication and as part of therapeutic measures in order to avoid a negative course.

ADHD disappears over the years in some of the children. Since they no longer have any complaints, there is usually no need for follow-up care. However, this must be seen against the background that the syndrome is actually not curable. The situation is different for a good 60 percent of the sick. They have had ADHD for life. They are treated with behavioral therapy and medication. A full social life should be made possible for them.

For most people, follow-up care cannot aim to prevent recurrence. ADHD is permanent. Rather, it is about supporting the sick and preventing complications. The latter threatens equally in the world of work and in private life. How this succeeds cannot be generally determined. Doctors must individually coordinate therapies and medication. Depending on the form, they put together a network of aid measures.

The primary contact person is the family doctor. He not only prescribes prescriptions, but also involves parents. Since they interact most with those affected and have legal responsibility for their underage children, their everyday experience with ADHD is crucial. Follow-up care to avoid complications takes place mainly on an outpatient basis.

Depending on the severity of the attention deficit disorder, the person affected has different options for optimizing their everyday life through structuring measures for themselves. For example, rules that you have drawn up yourself can help, compliance with which you should monitor yourself and those of your caregivers. In the case of ADHD, it is good if the behavior immediately results in praise or consequences.

Open communication of misconduct in individual situations raises the awareness of those affected and thus contributes to the fact that border crossings become less common. However, this does not work against the basic symptoms of ADHD. Here, the responsibility in everyday life mostly rests with the legal guardians and teachers.

For the person concerned, in situations in which concentration is required, it is good to create a low-stimulus environment. Homework and the like should take place in a designated place that is only equipped with the bare essentials and is quiet. A clear schedule that regulates breaks and working hours also helps.

Learning the method of self-instruction training also supports the person concerned in their ability to cope with tasks. Five cognitive steps help you to work in a structured and goal-oriented manner. Furthermore, it has been shown that exercise can reduce impulsiveness and that the self-assessment of people with ADHD is improved through immediate feedback on mistakes and successes. 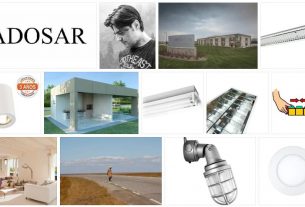 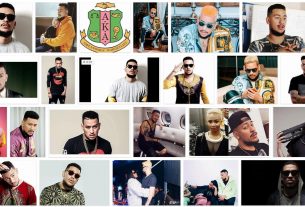