According to ehuacom, Portland is a major city in the northwestern United States, near the confluence of the Willamette and Columbia Rivers, in the state of Oregon. In 2010, Portland had a population of 583,776, making it Oregon’s largest city and the 29th largest city in the United States. An estimated 2,260,000 people live in the Portland metropolitan area, ranking the city 23rd in the US.

Portland was incorporated as a city in 1851 and is the county seat of Multnomah County. The city is governed by an elected city council headed by a mayor. Portland is known for its strong urban planning policies and light rail investment. Due to its good transport network and efficient land use, Portland is known as one of the most environmentally friendly or “green” cities in the world.

The city is located in the climatic zone of the West Coast maritime climate and is characterized by warm, dry summers and wet but mild winters. That climate is ideal for growing roses; Portland has been known as the “City of Roses” for over a century. There are several rose gardens in the city, of which the International Rose Test Garden is by far the best known. In addition, Portland has a reputation for having a lot of microbreweries. Portlanders are also known for their love of coffee and food stalls.

Portland was initially a place on the banks of the Willamette River, known as The Clearing. The location was halfway between Oregon City and Fort Vancouver.

In 1843 William Overton saw opportunities for exploitation of the area, but he lacked the financial means to claim the land. He sought cooperation with Asa Lovejoy and became co-owner of the area, which covered 2.6 km², for 25 cents.

When Overton grew tired of clearing and building roads, he sold his share of the claim to Francis Pettygrove. When the city needed a name, both Lovejoy and Pettygrove wanted the right to name the city. They reached a compromise by flipping a coin. Pettygrove won, and named the city of Portland, after Portland in Maine. Would Lovejoy have won, the city would have been named Boston, after Boston in Massachusetts.

In the early years, Portland’s importance was secondary to Oregon City. Portland, however, was conveniently located at the beginning of the Willamette, so that a strategic advantage arose from it. In 1850 Portland had about 800 residents, a steam sawmill, a hotel, and a newspaper.

For much of the nineteenth century, Portland was the most important port city in the Northwest, until at the end of that century, the development of railroads opened up Seattle. As in other port cities, seafarers were diligently recruited in Portland.

About 6.8% of Portland’s population is Hispanic and Hispanic, 6.6% of African origin and 6.3% of Asian origin.

Portland has an oceanic climate (Köppen Cfb). In January the average temperature is 4.2 °C and in July it is 20.1 °C. Summers are hot and dry. In the months of July to September, a total of about 115 millimeters of rain falls, which is less than 15% of the annual amount. Due to the distance from the coast, temperatures can rise above 40 °C in the summer months. Winters are generally long, cold and wet. December and January are the coldest months and almost 500 mm of precipitation falls from November to February. Annual average rainfall is 915 mm (data based on the measurement period 1981-2010).

The Columbia is navigable for seagoing vessels as far as Portland. In the northwest of the city, where the Willamette meets the Columbia, is a harbor. More than 10 million tons of cargo is handled here every year, making the port of Portland one of the top 5 largest seaports on the American west coast. There are four terminals where dry and liquid bulk products, vehicles, containers and steel are handled. An extensive Union Pacific and BNSF rail network is available for transport to and from the hinterland, and a lot of cargo is also transported further on the rivers.

Portland Trail Blazers Basketball Club is the only Portland sports club to play in one of the four largest American sports leagues.

The figure below shows nearby places within a 12 km radius around Portland. 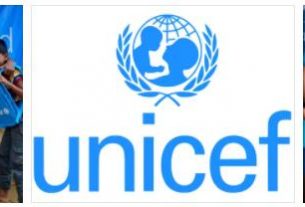 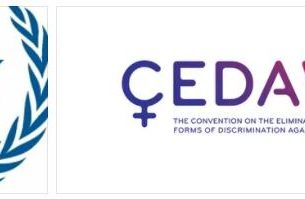 What is the Definition of CEDAW? 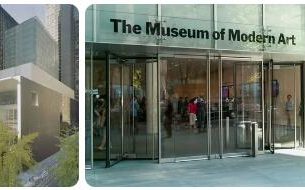