From the Latin corpus, the term body has several uses. It refers, for example, to something that has a limited size and that is appreciable by the senses, to the group of organic systems that make up a living entity, to the set of things that are said in a written work and to the thickness or density of the liquids.

The human body is made up of the head, the trunk, the upper extremities (arms) and the lower extremities (legs). As for its main chemical elements, hydrogen (63%) and oxygen (25%) can be highlighted.

The human body is made up of the head, trunk, arms and legs.

Although all human beings have the same members, it is interesting to note that there are classifications about the shape of the bodies. Thus, for example, we speak of rectangular bodies, which are those that have a shoulder size identical to that of the waist, that is, they are straight bodies, without curves.

In the same way, there are also guitar-shaped bodies, which are those that are identified by narrow waists and shoulders and hips of identical measurements. Nor can we forget the pear-shaped bodies, so called because, as is the case with this fruit, their upper part is less wide than the lower part. That is, women who have a pear body are those who have very wide hips.

The oval-shaped body, which is identified by a wide waist, and the inverted triangle body are other existing classifications to define the various types of human bodies. Specifically, the last mentioned is defined by the fact that they are people who have very wide backs and a very narrow waist and hips. A perfect example of this type of form is the one that swimmers have.

The dancers who perform a work or who are part of a company form a dance corps.

From molecules to systems

It is possible to distinguish between different hierarchical levels in the human body. In this way, we find the molecules, which make up the cells. These form tissues, which, in turn, give rise to organs. Organs are organized into systems (such as the Central Nervous System and others).

There are different sciences responsible for the study of the human body. Physiology studies functions, anatomy deals with macroscopic structures, and anthropometry deals with measurements and proportions of the body.

It should be noted that the word body is used as a synonym for corpse, that is, for a dead human being. In this sense, the journalistic news that mentions the discovery of a corpse can include sentences such as «The witness saw the body of his neighbor from his window and did not hesitate to call the police» or «This is the third body found in the river this month. ”

Body in art and in the military field

Nor can we ignore the fact that within the artistic world there is also talk of the dance corps. With it comes to refer to the group of dancers who shape a company or a specific work.

In another sense, the concept of body appears in the military field to refer to the army unit made up of several divisions that act together and under the same command.

Army corps typically consist of between 20,000 and 50,000 soldiers. One of the most famous bodies is the Eurocorps, which is at the service of the European Union and NATO.

The concept in geometry

There are also geometric bodies, figures belonging to the field of geometry that have three dimensions: height, width and depth.

We can differentiate two types of geometric bodies: polyhedrons, whose faces are flat, and round ones, which have at least one curved face. 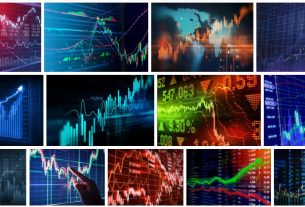 What is the Definition of Abscess? 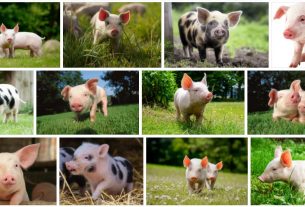